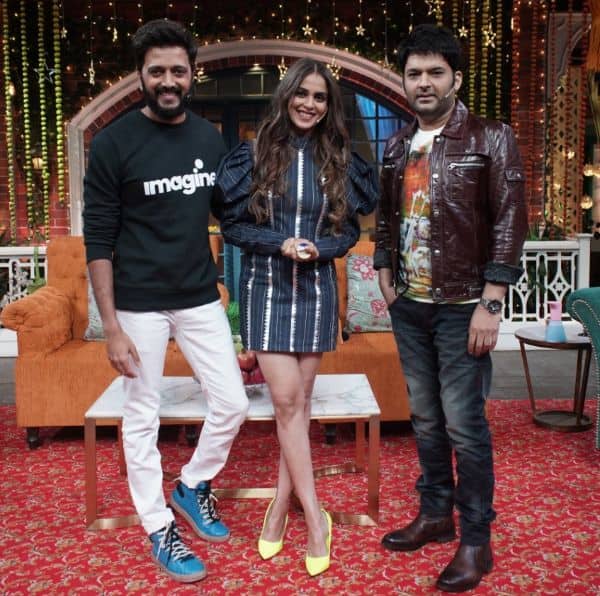 Kapil Sharma’s show has been getting the TRPs and every week we are seeing a good line-up of guests. This week, one of the cutest couples of Bollywood, Riteish Deshmukh and his wife, Genelia are on the show. While we have seen Riteish Deshmukh on the show on numerous occasions, Genelia is seen less. The couple have been married for more than eight years now, and are parents to two sons. On the show, Kapil Sharma asks Riteish Deshmukh did he take oaths or pheras in his weddings. He says that he took pheras as oaths taken for governments is for five years only.

In the video, Riteish Deshmukh talks about how he got annoyed after being identified as Genelia’s husband during a CCL match in Bengaluru. It seems he told them that he was Riteish Bhai from Maharashtra. The fans replied saying that he was only Riteish Deshmukh in Maharashtra but known as the husband of Genelia D’Souza in states like Karnataka, Kerala, Tamil Nadu and Andhra Pradesh. When Kapil hears this, he is in splits.

We are sure that